A few years ago Richard decided to make his permanent move to New Zealand having visited there many times.

Photography is a real passion of his, and he shoots on the Linhof Technorama cameras.  The arguments for doing so are self evident but his recent email conversation eloquently put his reasoning.

An opinion shared by many.

“I intend to keep shooting on film until the bitter end. Sentimentality doesn’t come into the equation; everything else aside I can take panoramic pictures that would be technically impossible digitally. Long exposures of water, fast exposures of surging tides, fleeting light……all a big problem via stitching without resorting to extreme photoshop skulduggery. It feels better to be able to present images like this as honest photographs; no multiple exposures, no HDR. Here are a few recent efforts…….some of which are walking distance from home!”

Richie Pickle ( often his email signature)–  doesn’t like to take himself too seriously. – Whilst photography is his passion – he is an extremely talented illustrator, in the 1980’s Richard won the Young Cartoonist of the Year Award 3 times. His most endearing, amusing work many of you will know – he worked with Domestos to create the adorable germs that donned our television and converted us all from Harpic! . A few of the sketches and a sample advert can be found below. 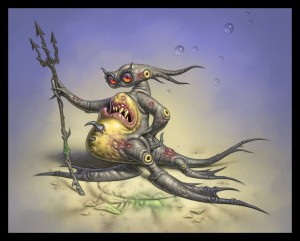 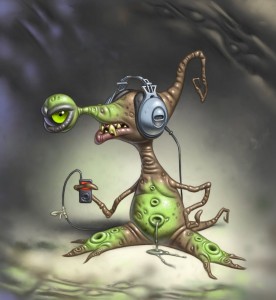 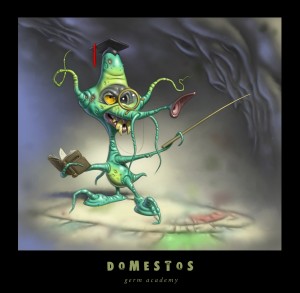